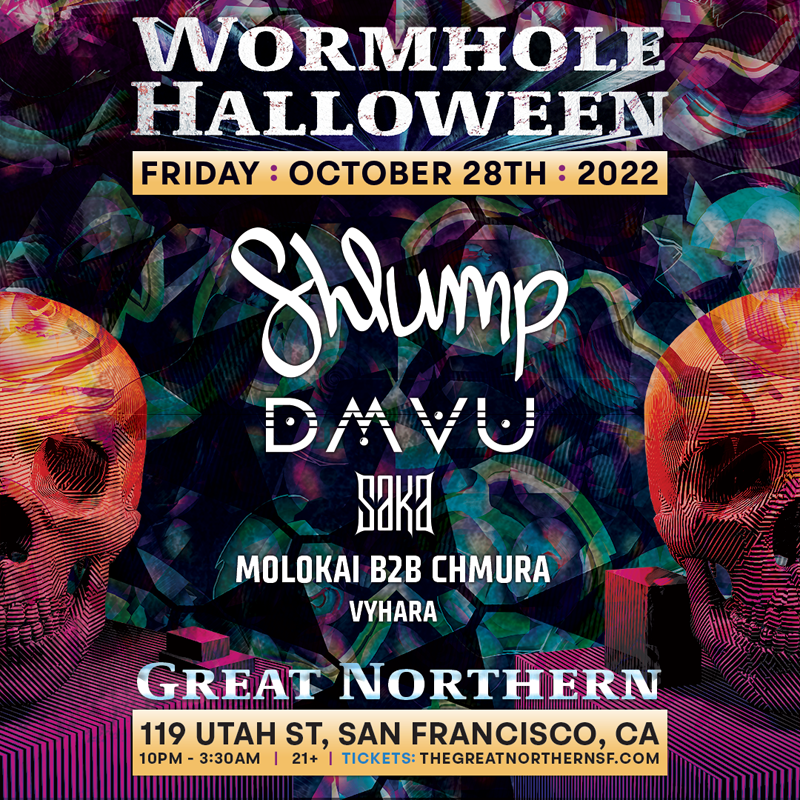 It's the spookiest time of the year, which our friends at Wormhole Music Group use to not only share their favorite new tunes, but bring a mix of west coast legends and hot young talent to one of the most anticipated events of the year.

First up, Vyhara makes her presence felt with the release of the Detach EP. Blending classic dubstep wubs with modern production techniques, the resulting package of tunes packs a punch for bass fans of all stripes. She's already been popping up on a few shows as early adopters get hip to her sound.

On the show front, she'll be cracking open the annual barnburner Wormhole Halloween. Each Worm-o-ween the Wormhole Entertainment crew treats its Bay Area faithful with their favorite acts, but it wouldn't be a Wormhole event if they didn't introduce the crew to the most cutting-edge talent around. Joining perennial favorites Shlump, DMVU, and Saka is a wild back-to-back of Molokai and Chmura making its NorCal debut, along with the aforementioned Vyhara. No one's a bigger fan of the Wormhole team than us, and we're thrilled to celebrate yet another stacked Halloween with these west coast tastemakers.