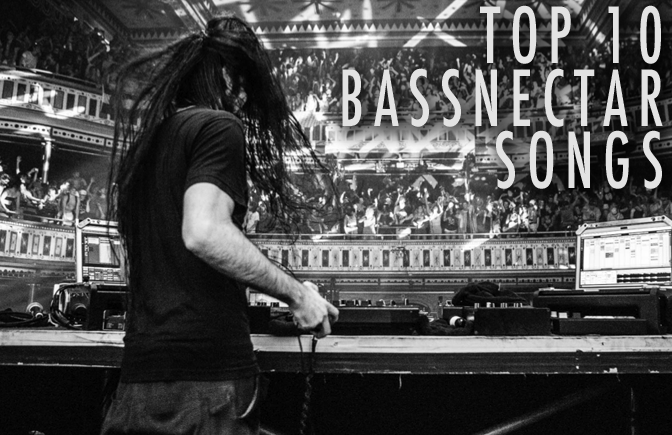 We can't help it. We're madly obsessed with the long-locked one. There is something so mesmerizing about Lorin Ashton, we could just follow him around the country from club to theater to massive festival gigs (and we have).

The bringer of the bass will always hold a special place in our hearts, so we thought it would be a fitting tribute to rank the Top 10 songs that really put subsonic music on the map in America, and brought hordes of fans to Bassnectar shows until he became one of the biggest acts in the country. Mr. Ashton, we salute you, and thank you for your rich repertoire of tunes. Let's dive in.

10. Freestyle
The title track from Freestyle was released in 2012 to high expectations. Bassnectar had been releasing hit after hit. His fans wanted more! His fans were not let down- Classic hard-as-fuck and bangin’. If, for some reason, you have yet to hear the song (and we feel sorry for you), check it out here.

9. Ping Pong
Also another great “had to be there” moment that simply hearing the song does not give it justice. Hearing this song live, paired with Bassnectar's amazing visuals make "Ping Pong" pop up on top. I was lucky to see Bassnectar on the beach at Hangout Music Festival in Gulf Shores, AL, last summer. Check out the link below to see Ping Pong performed live.

7. Vava Voom
Hands down, rowdiest drop dubstep had seen at the time when this song was released in 2012. Featuring lyrics courtesy of Lupe Fiasco, Bassnectar’s Vava Voom cranked up the volume on what a hip-hop/dubstep collaboration could conquer. Ashton proved that he could bring it even harder than before!

6. Butterfly (ft Mimi Page)
Years from now, people will remember Mimi Page gracing the stage at Red Rocks Amphitheater and performing the song "Butterfly" with Bassnectar. In his 2013 appearance, he shocked the crowd with this epic collaboration. On more of the down-tempo side, "Butterfly" can be compared to songs from artists Mt. Eden and Blackmill.