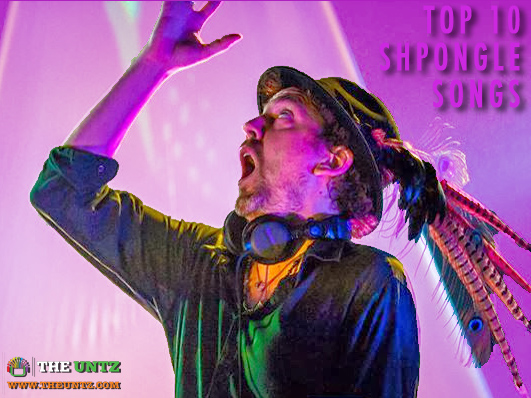 If there's one thing our fans love, it's their psychedelic tunes. Tripping on the edge of fantastical surrealism, there's nothing like letting go and immersing one's self fully in a warm bath of sonic luxury. Since the early days of the site, and the development of our own tastes in electronic music, the dreamy soundscapes of Shpongle have been at the heart of our journeys.

The driving artistic force behind Shpongle, Simon Posford, who along with Raja Ram has poignantly crafted these beautiful bits of ephemera which paint the canvases of our consciousness, has come to be a central figure in the growing transformational movement in this US. From his early days as a rock producer to the hazy, Goa-filled warehouses of his nascent electronic experiences, to his creation of the psybient architecture against which many of our favorite producers compare their works (personally, if not publicly), Posford has had a major impact on the festival scene here in America.

Interestingly enough, The Disco Biscuits became some of the biggest proselytizers of Shpongle's music, bringing the act to the US, when much of its fans were in Europe, Israel, and pockets of Asia. Eventually, we began to meet the cast of characters populating Posford's Twisted Records label, like Ott, Prometheus, and more. Tales of his live show grew legend, and just this year, Shpongle capped off a whirlwind tour of the US with Desert Dwellers and his newfangled Shpongletron 3.0 (built and run by Zebbler), with a sold out performance at Red Rocks featuring the US debut of the live band.

This month, the Creature Carnival sets off across the country with Beats Antique and Emancipator, and Simon Posford will be performing Shpongle DJ sets in massive theaters and arenas across the US as part of one of the most exciting tours of which we've ever been a part. We'd like to give fans old and new a crash course in the Shpongle catalog, and we're also humbled, hoping to honor a collection of songs very near and dear to us. Simon also granted me an interview back when I was first starting my podcast (when I was incredibly green), when there was no reason for him to do so; and for that, I am eternally grateful.

Hypnotic and alluring, the interplay between vocals and rhythmic looping is a crash course in how "trance" is supposed to be done. It's not pop music, it's not the Jesus pose, it's supposed to actually put you in a trance. Sheesh, kids these days.

Boy oh boy, does Shpongle love a pun. Almost as much as some beautiful female vocals he can stretch, and bend, and twist, and break until it's a shattered sine wave on an oscilloscope flexing and squelching at will. This one's just plain fun.

With this fun flamenco romper, Shpongle demonstrates that no genre of world music can go untwisted in the hands of a true, devious producer. Classical guitar rarely makes an appearance in the dance music realm. Such a pity.