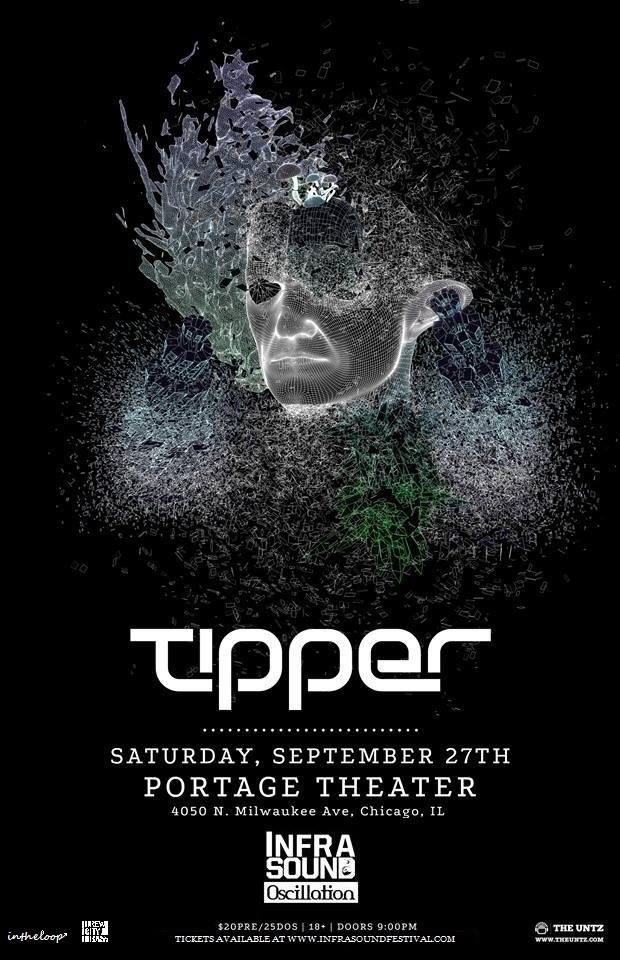 I don't even know why we opened this can of worms. There is no artist fans of The Untz hold more in reverence than Dave Tipper. That being said, we at The Untz hold him in high esteem, as well, so while this list may cause you to gouge your eyes out, remember this is fan to fan.

I exercised great restraint in this list, I'll have you know. My favorite Tipper track is "On the Natch," which sounds like a steampunk calliope fell out of a tenement building onto a trampoline. It basically defines electro-swing. But no, no--the fans were not on my side, so I left it out of the list (but it gets top billing in my heart).

This list leans towards Tipper's later work (a sign that he continues to improve like fine wine), and while he is considered "the godfather of glitch-hop," the list is not representative of his illustrious career which stretches back a decade and a half. You the fan helped us craft this list, but honestly, poll a hundred fans and you'll get a hundred different songs in a hundred different orders.

It is a mixed bag of his downtempo and uptempo work, and it's clear fans crave both, as his festival performances are more and more regularly featuring two sets during the course of a weekend. Hell, if we were really putting together an exhaustive list, we'd have 50 tracks, and we'd include stuff from other artists that he secretly mastered that changed the temperament of the tune, entirely.

But alas, that's not what we're trying to do here. People see and hear us rave about Tipper all day long, and maybe they don't know who the hell he is (poor slobs). So here's a crash course. A reminder of why we love the man so much. An excuse to binge on his work before this weekend's performance in Chicago at the Portage Theater on September 27th. That's why we opened this can of worms.

Share with your friends and family, and feel free to flame away in the comments section below.

Let's dip our toes into the soundbath that is Tipper. Ease into the steamy stew of hip-hop, glitch, and squelchy bass. Careful, those bubbles are out of control.

The centerpiece of a great downtempo set, "Rip Cord" is so lush with a million different layers scraping past one another like a tuning fork running across the inside of a baby grand. Each cymbal strike is so crisp. People forget that the man is a damn audio scientist.

A fan favorite, the crowd literally starts dancing like lobsters when this one drops. Well... OK... in fairness, Tipper fans always dance like lobsters. But especially to this one. Just makes your body do weird things.