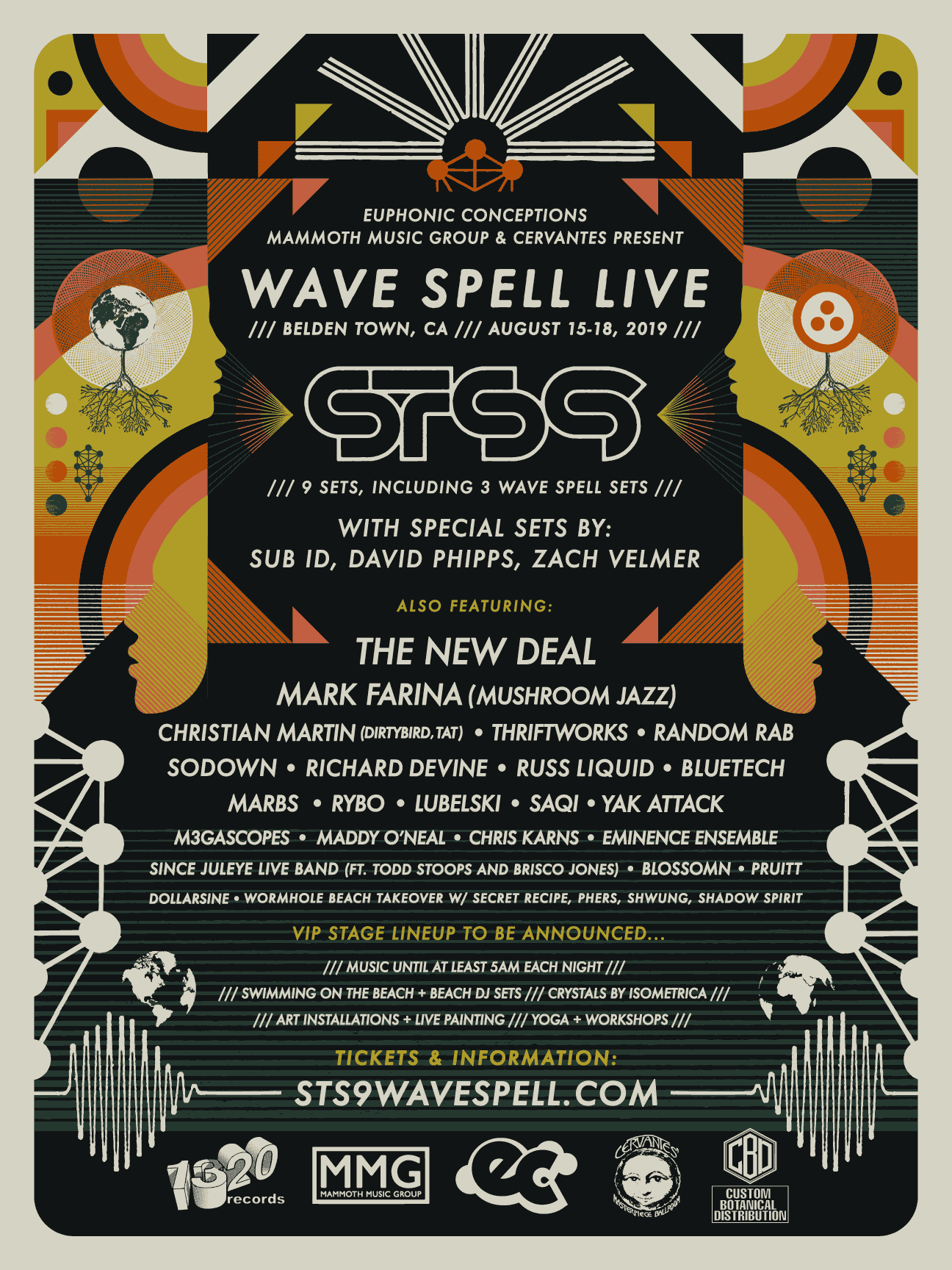 Due in large part to the overwhelming positivity that flowed from last year's event, seminal live electronic hybrid STS9 is coming back to Belden Town, California for Wave Spell Live.

The legendary band will be performing 9 sets, 3 of which will be special improvised Wave Spell sets, much like last year. The supporting cast of characters is much different though in the second year with iconic jamtronica act The New Deal joing the fun along with Mark Farina, Christian Martin, Thriftworks, Random Rab, SoDown, Russ Liquid, Bluetech, and returning modular synth champion Richard Devine, who absolutely stunned crowds by joining Tribe during one of their sets.

The band also welcomes an insurgence of house and techno lovers with three members of the Desert Hearts crew, and our Wormhole homies will be holding down some beach takeover sets.

The VIP Stage lineup is TBA, but there are so many cool amenities, art installations, workshops, and more. The grounds are beautiful of course, and there's swimming to boot, so make sure you're ready to purchase your tickets Friday, March 22 at 10am PDT when they go on sale at sts9wavespell.com.