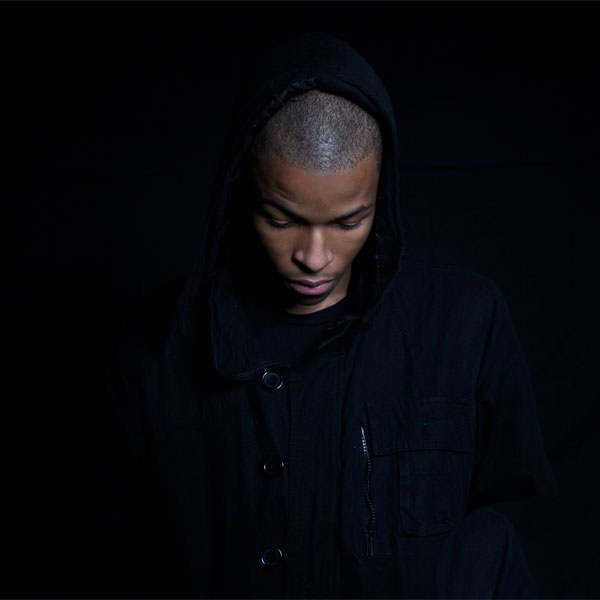 For fans of the darker, edgier side of the bass music scene, one name has been on the lips of hardcore fans for the past couple months. South Africa's Chee is a young upstart making big waves, breaking biggest with the recent release of his Fear Monger album on one of the trendiest labels around these days, Saturate Records.

Just yesterday, Chee premiered a new single, “Speak With Eyes And See In Tongues,” and he also took some time to chat with us about his rapid rise, big support, and what's coming next.

The Saturate Records team was hinting to us that something big was coming, but I personally had no clue how big Fear Monger would be until they slipped me a copy. How long were you working on the record?

Approximately four months. “Get Hot” however was done almost a year ago so I decided to chuck that in with everything else.

How did you get linked with Saturate? I'm assuming it didn't take much convincing to get them fully behind the release?

I was speaking with a lot of the guys that were releasing with them via Twitter like NastyNasty and Bleep Bloop and I discovered them when I was in Cape Town. My friends and I were suppose to climb up Lion's Head but I pushed the procrastination because I just wanted to stay in and go through Saturate's discography.

When you wake up and find out Bassnectar dropped “Genesism” for thousands of people halfway around the globe, do you pinch yourself or has this always been part of the master plan?

To be honest I didn't expect that to happen, the album received a good amount of support from really massive people. I ended up getting in an email with Tomppu (owner of Saturate) and Bassnectar and he already sent me an edit he did with the track itself so I ended up sending him the stems so he can go all out with it. Still feels unreal. There's also another remix sitting around that I'm gonna keep under wraps...

Tell me a bit about the scene there in South Africa. Is everyone into wonky, left-field, experimental bass or are you really part of a small minority in the broader electronic music scene.

We have a very small amount of experimental artists in South Africa but at the same time we all know each other and are essentially really good friends.

Are there some other acts in your community we should know about?

Definitely! Jon Casey (the other half of It Hz), Phizicist, FRQNT, Escapism Refuge, Haezer, Das Kapital, Christian Tiger School, Vox Portent, Oracles, Freer, Lazersharkk, Yung Frankenstein, MRDK, Mew Zu... I know I've left out a couple but these are local guys that need to be in your radar.

Seems like with the Chee name carrying so much heat right now, you could really get in the studio with anyone at this point. Are there any dream collab partners you'd like to cross off your wish list? Any hush-hush collabs you can hint at to us?

What can fans expect from the Chee live show?