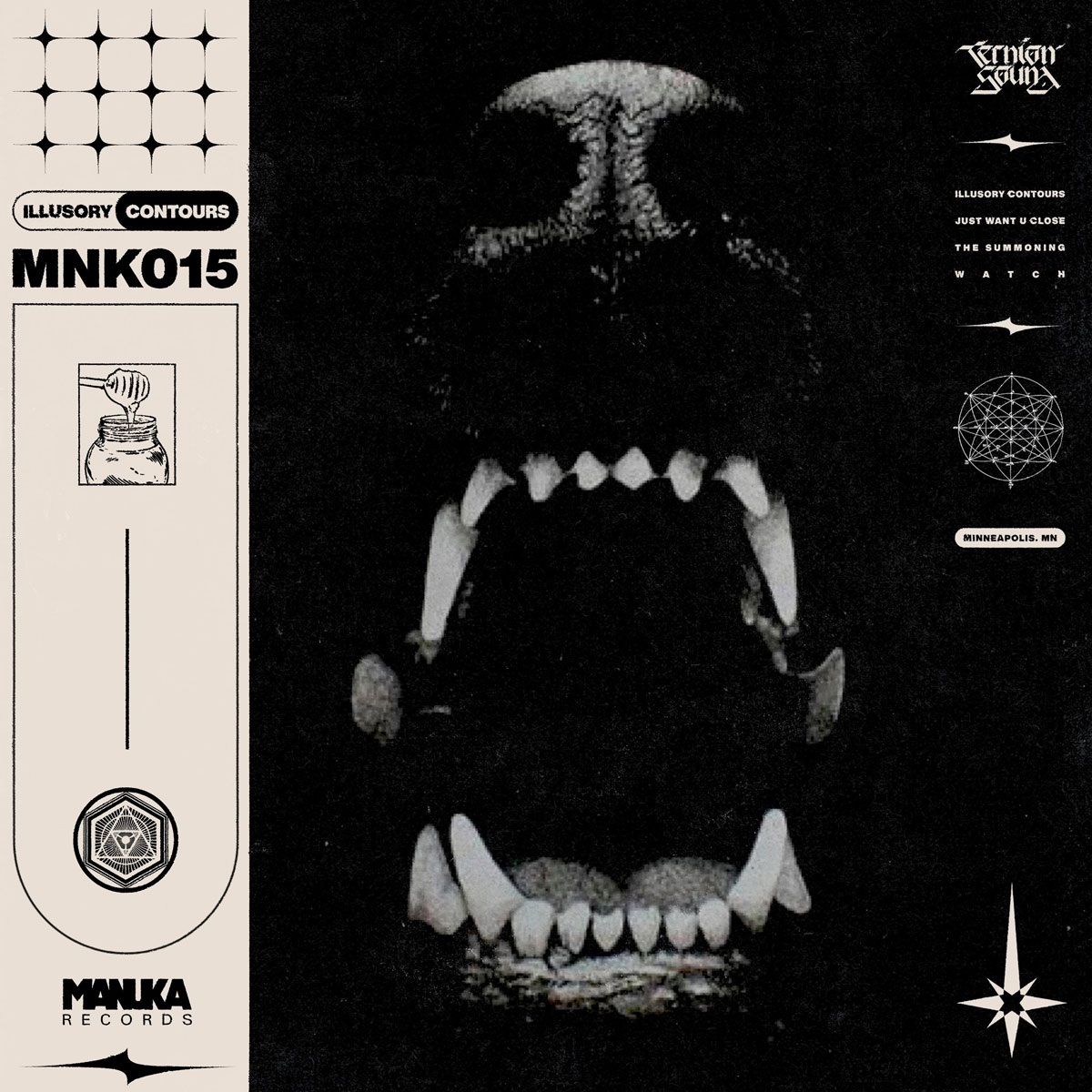 Ternion Sound, Manuka Records, and The Untz have a habit of coming together around the far reaches of the trio's sonic explorations.

At the very begining of this year, we premiered a tune from Andrew Hill, Jack Denney, and Aric Okerman that also appeared on Manuka that was certainly far afield from the 140 territory most fans associate with Ternion. “There Is a Cost” is certainly heady breaks territory, but you're also talking about the people who booked Ternion Sound for a goddamn Monday morning sunrise set, so you know we like to get the fuck out there.

On November 15, Ternion releases Illusory Contours, a 4-track EP featuring a Vandull collab, and it's some damn progressive stuff from the three-headed bass beast. These guys are truly pushing their sound, and it's reaping its reward in their ever-growing live sets.

Today we premiere “The Summoning,” which fans at Infrasound got a taste of and you can revisit below with their live set. It's an amen break audio collage, and demonstrates while these guys are super futuristic, they still respect the sounds that came before them.