TBMA, a.k.a. The Bolivian Marching Affair, is a trio of able-minded musicians hailing from the streets of Boston’s cosmic nesting ground of soundscapes. Comprised of Joey Fisher, Kyle Meagher and Chris Curran, TBMA has garnered attention from music fans and critics alike since their dawn in 2011. Their latest studio efforts have capsuled their signature sound, along with an assorted blend of selective dance tracks, to cater an exclusive mix one-off in its delivery of the trio’s own tinted bass music niche. 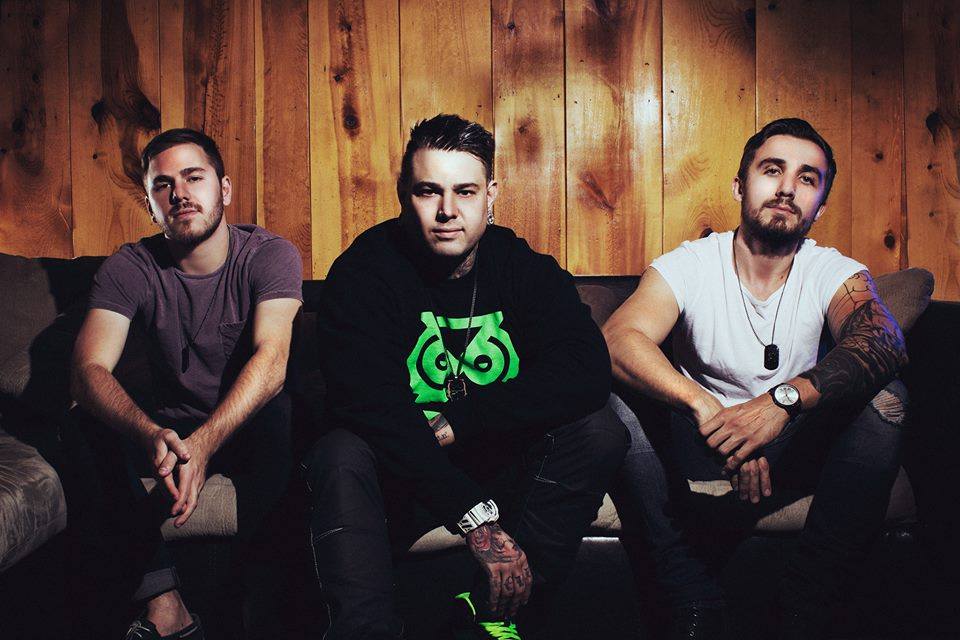 The 30-minute gem needles in a heavy dose of prominent textures alive across the spectrum of modern electronic dance music, from trap to drum & bass, big room house, dubstep and more. You immediately grasp the encyclopedic-like range of styles in the first few minutes of the mix alone as the trio breaks the surface with the percussive afro-beat melodies of What So Not’s “Touched,” seamlessly knitting the track’s midi horns with Singularity’s impressive vocal work on “Vain.”

As the synth breakdown escalates, the trio makes use of Evan Duffy’s sedative piano measures to pass the baton over to Miss Palmer’s opulently sheik voice in Steve Aoki and Dan Sena’s collaboration work on “Omega.” Their fluid impulses continue to shape the mix, crowning off with original sounds by TBMA themselves in their latest single, “Showtime,” as well as tracks by FuntCase & Cookie Monsta, Adventure Club, RL Grime and more to carry the energy through the end. The mix wraps things up with Jeremih’s jazzy bedroom R&B beats in “I Luv This Sh*t,” featuring vocals by Chris Brown and Trey Songz, as TBMA layers it over the spectrally astral sounds of KOAN Sound and Asa’s new instrumental beaut, “Starlite,” off their Sanctuary EP.

Mixes are a dime a dozen nowadays, but given that producers have the ability to craft them in the comfort of their own home or studio space without the pressures of a ravenous crowd of dance-hungry youths leaves little room for tolerable error. Without that mark of authenticity, it might as well be a poorly orchestrated live set and be cast aside to the bottom of the pile. However, TBMA’s latest mix is one of those mixes worth digging for.

Buy the Showtime EP from Play Me Records