Psybass and hip-hop. Who knew they'd go together like peanut butter and bananas?

The latest HEISS EP, Shadow Work, due out April 25, is an experiment in melding the sounds of psychedelic bass, glitch-hop, and dubstep with conscious hip-hop. Heiss has hand-picked three hot shots in the crossover transformational scene in Srikala, J Brave, and Jackson Whalan. Taking their original flows and layering them over a thick foundation of glitchy soundscapes, trippy extracurricular activities, and plenty of wobbles, a new kind of sound emerges—which is exactly the sort of territory Heiss loves to traverse with his label Transcendent Tunes.

Today, we premiere the opener and title track, “Shadow Work,” which really sets the stage for the rest of the EP. The production is a collaboration between Heiss and another of our favorites, Smigonaut—very well known in the psybass scene for out-of-this-world production. Genius sound design, if we're going to get specific. The track gets sometimes playful, sometimes reflective rhymes from Whalan, who's got a reputation in the industry as a serious rapper who never takes himself too seriously. It's a line you're not supposed to cross in psybass, which for a select few, is taken generally pretty seriously, but in this newfangled genre, it's totally kosher to poke a little fun at self-importance.

It really is a wildly inventive EP—something Heiss has been aiming at for a few years now. This might be sound he's looking for like Marlon Berry at the sock hop in Back to the Future. It's definitely from the future, I know that for sure.

Pre-order Shadow Work from Transcendent Tunes for $1 ahead of its April 25 release. 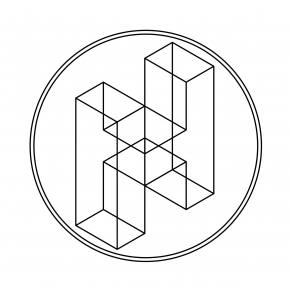