The uncompromising and eclectic sounds of Wyllys will be on display this Friday at  Sullivan Hall in NYC. Originally a lighting designer (UM) and visual artist, Wyllys has become known for his late-night party-topping DJ sets at Summer Camp and Jam Cruise. A wicked turntable maestro, he'll be blending electro, disco, and house with a dark edge.  He's supported for a very special Friday the 13th spooktacular by his newly formed New York Hustler Ensemble, featuring Jennifer Hartswick and Natalie Cressman (Both from Trey Anastasio's band on horns and vocals), as well as keyboardist Zac Lasher of UMelt.

To top things off, Wyllys will be bringing on special guest guitarist Chris Michetti of RAQ, fresh off a whirlwind shredfest with Conspirator. Also recently announced to join Wyllys and the NY Hustlers is multi-instrumentalist Rob Marscher (Addison Groove Project, Matisyahu). More special guests are sure to be announced, stay tuned! 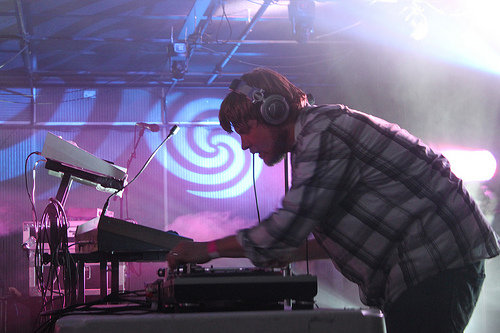