We have been flooded with nominations for our Wobble Women series. Keep them coming! The Untz absolutely loves spotlighting exemplary women crushing it behind-the-scenes in this industry. If you have a suggestion of who we should profile next, please drop us a line at support@theuntz.com or post them up in The Untztoppable Facebook group. 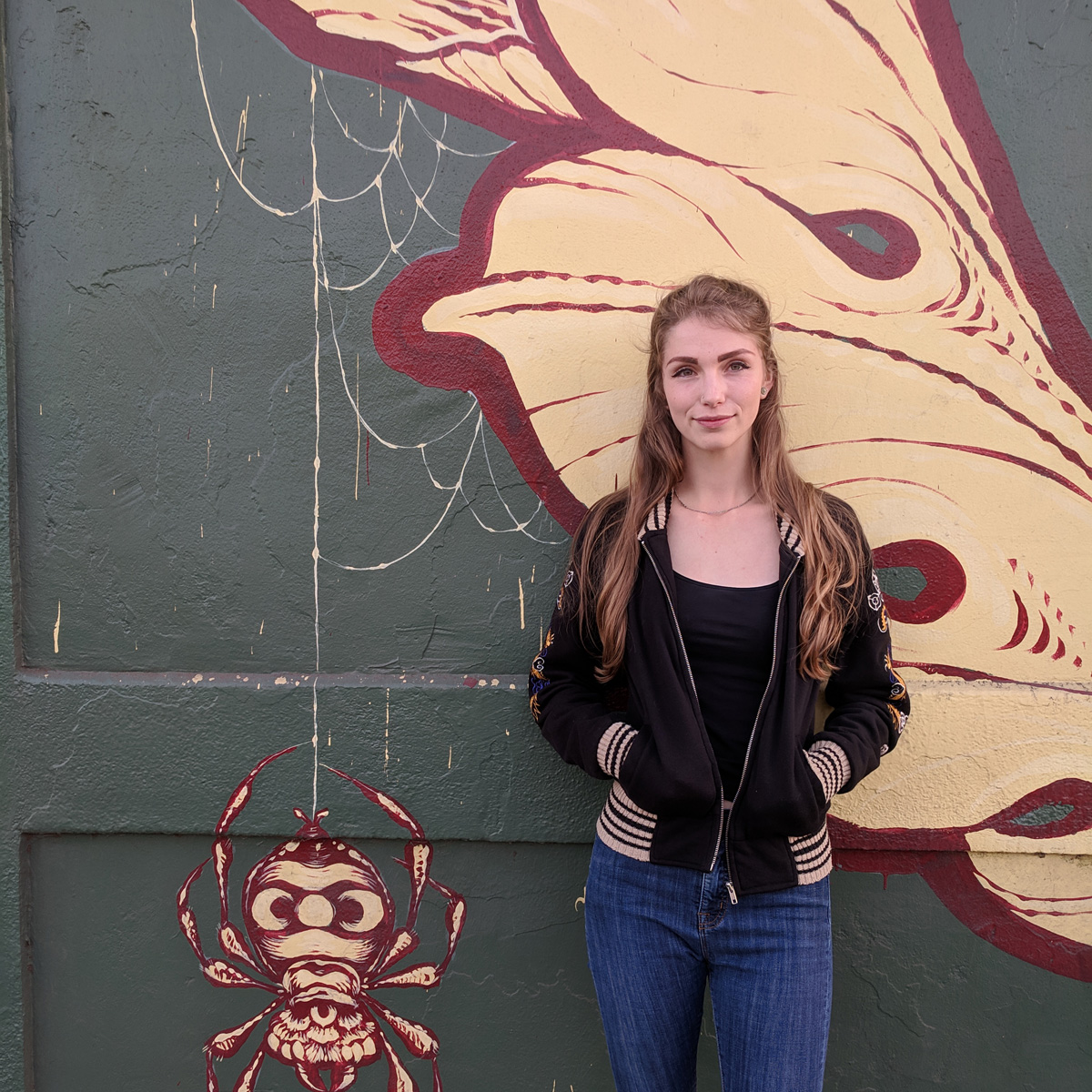 Isabel Shere, 22, of Laytonville, California, is a Junior Agent at Rogue Agency. You're an unwitting admirer of their stable of artists if you liked The Untz Festival lineup from this year—their acts were all over that one. She has been working in the music industry since 2015 and now lives and works in the San Francisco Bay Area.

Izzy, as she's known around the biz, started working festivals in the artist hospitality and ambiance departments and now as a junior agent she represents many talented underground bass acts such as potions, Supertask, Little Snake, Ian Ewing, along with Milano of Lost Dogz infamy, as well as the freshly announced tiedye ky. Outside of Rogue, Shere manages experimental bass producer Phers, who is affiliated with Wormhole Entertainment.

“When I graduated high school and moved to the Bay Area a week later, I had a gig lined up working Outside Lands Music Festival for two weeks doing artist hospitality and ambiance. This entailed creating dressing rooms, VIP areas, backstage hospitality lounges. I moved couches, installed art, hung lights and fabric in the giant tents that house hospitality and VIP sections, built things, painted things... the list goes on. It was intense, interesting work, a mix of physical labor and craftsmanship, and I really enjoyed it,” said Shere.

Shere grew up in small town America, quite opposite the glamorous lifestyle one would imagine a music industry insider might have. 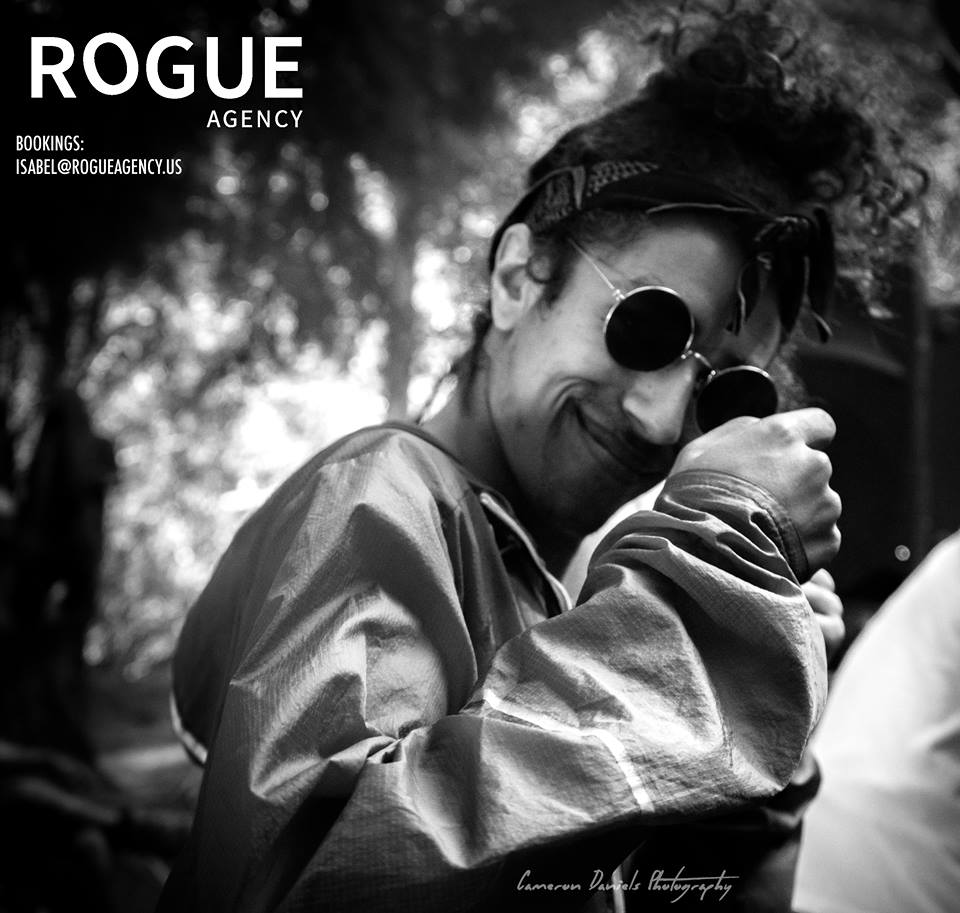 “I grew up on a little farm, three miles up a dirt road, eight miles down the highway from a small northern California town. My senior class was around 26 kids. I always knew every person around me, growing up. In a community so small there’s no way around it, and while there are some incomparable life experiences you garner from that sort of lifestyle, there are equally as many that you miss out on. When I moved out I felt like there was a part of me that was underprepared for life, on a social level. People don’t care about each other the same way they do in a small community. Or maybe it’s just harder to find the ones that care about you.”

Her career advancement stemmed at first from being in the right place at the right time; taking leaps of faith. Her role at Outside Lands ended up getting extended because of the stellar job she had done.

“A few days before what was supposed to be my last day working the festival, my boss asked me if I wanted to stay on for a few extra days to work a Paul McCartney show at Candlestick Park, which happened to be the last show there before they demolished it. Having grown up on The Beatles, I immediately agreed, and went on to continue working for Another Planet Entertainment for the next 4 years,” Shere explained. 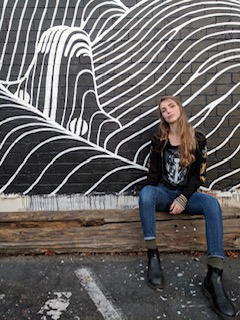 Working hard and standing up for herself has helped Shere get ahead. Being a woman in a male-dominated industry has changed Shere's communication skills. As she explained, “I used to try and quietly dismiss or laugh off distasteful remarks, but I’ve lost patience with that. Those sort of people can be persistent, pushy at times, even, and it’s absolutely intolerable to treat another human in a way that makes them feel so uncomfortable. I’ve given up being the submissive, delicate girl. I have no tolerance for the insufferable behavior I’m often faced with from men.”

Since 2017 Shere has worked for Rogue, starting out as a intern and moving up to assistant and then junior agent.

What keeps Shere motivated in a very competitive industry? Living in gratitude.

“My motivation comes from my artists, and the community around me that loves this music," explained Shere, “Every day I think about how phenomenal it is that my job is to seek out artists I think are talented, and help them be heard.”

“When I started at Rogue, I was lucky enough to be taken under the wings of Sam Bloom and Sahil Mehta, the two Bay Area-based agents whom I started interning for. They are both such dedicated, professional, hard-working, genuine people, and I really could not have asked for better mentors going into this job I knew nothing about,” said Shere.

While one of the few women that work at Rogue, Shere has been fortunate to work among individuals who treat her with respect: “I have never experienced any sort of injustice from my colleagues here related to my sex; and that’s how it should be. While this is true, I have definitely worked with some men outside of the agency who show signs of chauvinistic views, and who made it clear that because I’m not a man, they had less faith in my work.” 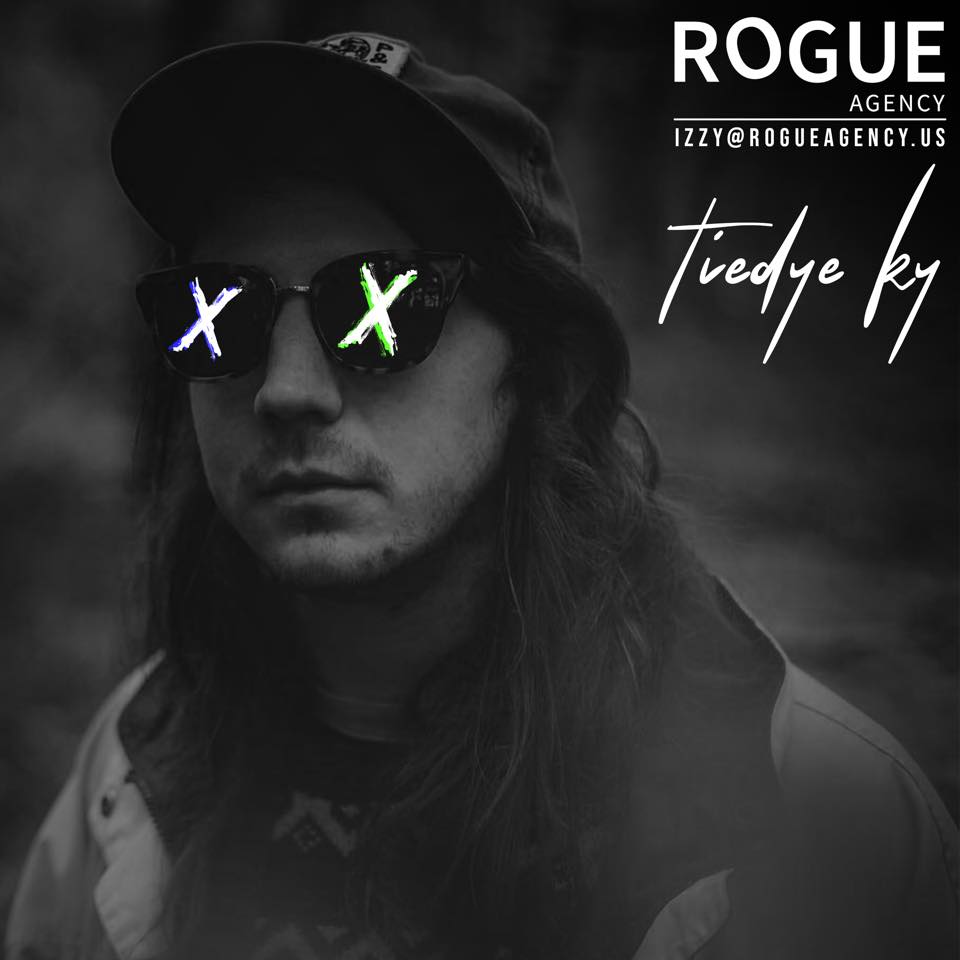 From growing up in a small town to living and working in a big city, Shere has advice to share, what she has learned as a woman living in the city constantly being surrounded by strangers and working numerous events.

“Don’t be afraid to speak up against something you think is wrong. Don’t be afraid to tell a guy to get lost if he’s out of line, or ask someone you trust to step in if you feel unsafe. It’s so unfortunate that we, women, have to regulate others behavior toward us, but we do. No one else is going to. And nothing is going to change if we don’t change it ourselves.”

Shere also commented on the disproportionate amount of male and female music producers: “Music production and DJing are both heavily male-dominated fields of the industry. I probably see 1 female artist for every 20 males. I’m sure that margin has narrowed some in recent years, but it’s still quite shocking how imbalanced it is. Speaking as someone who’s spent a small amount of time learning how to DJ, and probably an even smaller amount of time using Ableton to try and make a song, I can assure you it’s quite daunting to get into. 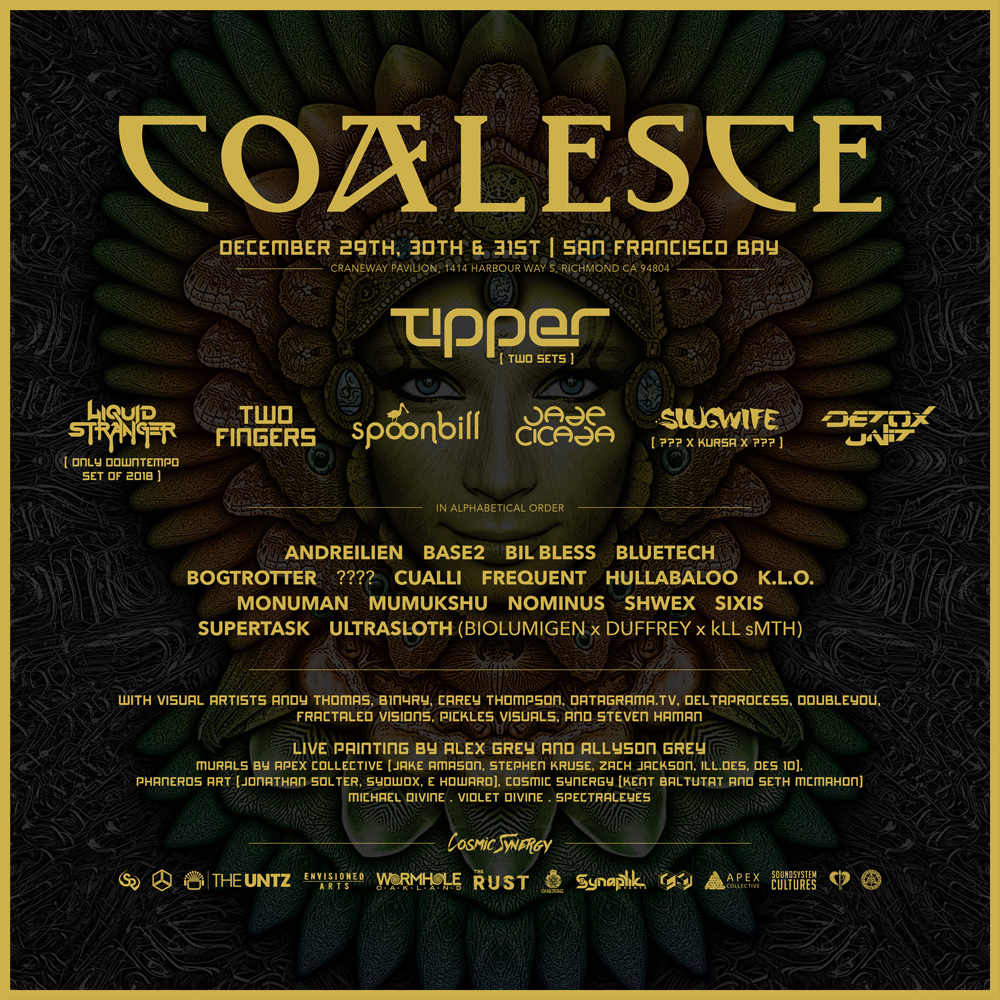 “DAWs are incredibly intricate programs and if you don’t have someone to teach you the basics, I can understand why you’d never even try. That being said, after a handful of short lessons from my boyfriend and other producer friends, I was able to learn how to get around the program enough to bang out a bassline.”

Some of Shere’s most memorable moments as an agent have been experiencing live shows of the artists she works so hard for.

“I spent Halloween in Oakland at Wormhole Wednesday, seeing one of my artists, potions., absolutely shred a sold out crowd with an impeccably executed set of mostly original music. Along with a fully stacked lineup featuring five other insanely gifted and diverse producer/DJs,” added Shere.

What’s next for Shere and her artists? New Year’s Eve is bringing a huge 3-day-event to the Bay Area. Coalesce with Cosmic Synergy features the biggest names in underground bass music with Tipper, Liquid Stranger, Kursa, Ultrasloth, Sixis, BogTroTTeR, and many, many more, and she will be there to share it with her client, Supertask.