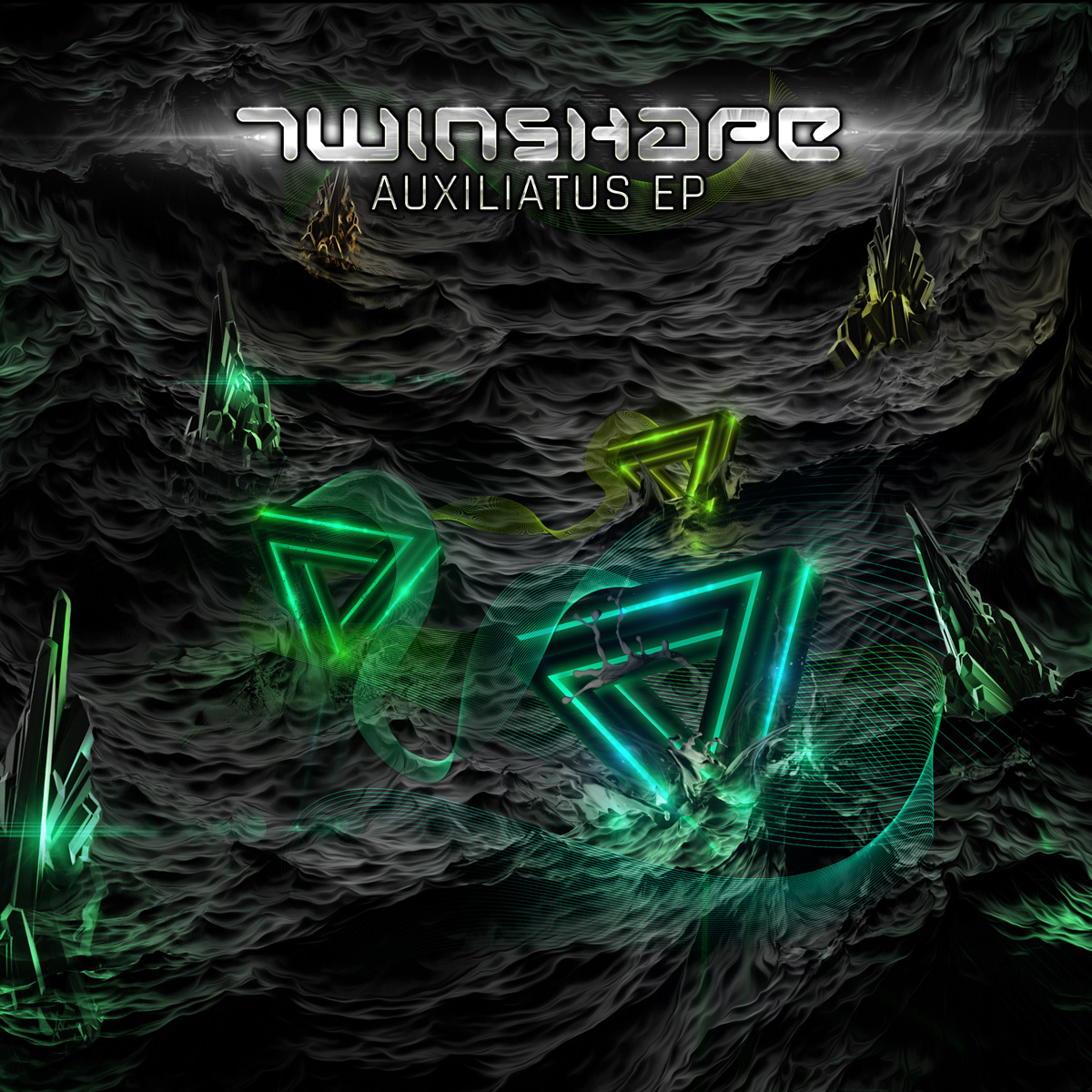 A project unlike any other comes to Desert Trax this fall. Between 2009 and 2012, psychedelic bass producer Twin Shape created but left unfinished three songs that tied him inextricably to a certain time and place. As the years went on, these pieces remained rough and untouched, until he sought the help of three fellow producers to help him complete these songs.

The result is the Auxiliatus EP. From the Latin “to support,” Alterra, Shwamp, and COAM stepped in to give Twin Shape distance, perspective, and help to revisit these original creations and give them a contemporary feel on “Seeded,” “D&N,” and “Glimpse,” respectively. Three tightly wound compositions that have spanned nearly a decade since their inception now come to life with throbbing low end and alien implications. A strong recommendation for fans of Bird of Prey, Phutureprimitive, and Ott.

We premiere Alterra collab, “Seeded,” today, which builds from a haunting intro into a climactic, shuddering bass opera. There is much drama and intensity in this production. The album's tracks each differ, but all pack that same energy.

Standout Desert Trax contributor Key-G steps in for a remix of the Alterra collab, “Seeded,” to round out this 4-track set. The Auxiliatus EP is finally available September 13th.