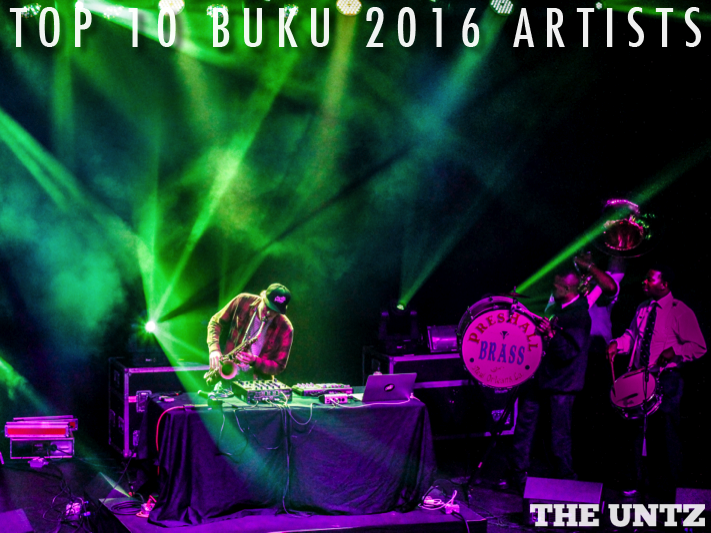 The birthplace of jazz. Home to the wildest Mardi Gras celebration on the planet. New Orleans is so steeped in music history, that it's difficult to assemble a festival that really honors the long tradition NOLA has carried on with both classic acts and cutting-edge rising stars.

But BUKU Music + Art Project seems to pull it off each year.

Becoming an early season festival staple, BUKU is back March 11-12 at Mardis Gras World in New Orleans, LA with some of the biggest stars on the planet, as well as the superstars of tomorrow. As always, Winter Circle Productions has assembled a scintillating lineup of hip-hop and indie acts, like Kid Cudi, Purity Ring, CHVRCHES, Miike Snow, Crystal Castles, and Future (and holy shit, Mystikal on stage at the same timea as Juvenile--there's going to be a lot of booty-shaking at that set).

What makes us excited, though, is the motley crew of electronic artists from all over the dance music spectrum who will be slinging their sounds all over the bayou. We ranked up our Top 10 artists for a collection of sets you absolutely cannot miss. Strap it down and take notes, so you know where to be when that schedule drops.

Don't forget to head over to thebukuproject.com to snag your tickets, and we recommend grabbing your VIP passes, as well, because you do not want to miss a thing.

How cool do you have to be to snag official Nate Dogg a capellas? Hotter than a sunburn. Kevin Chapman embarks on his big, nationwide tour, The Gangsta Walk, next month, and Buku's on the list.

A festival heavy on the thrilling B2B sets, this pairing matches up two housed up Dirtybirds. Except the party to ensue.

We never miss an opportunity to tell fans to catch G Jones. So go do it, and get your face melted clean off your skull.