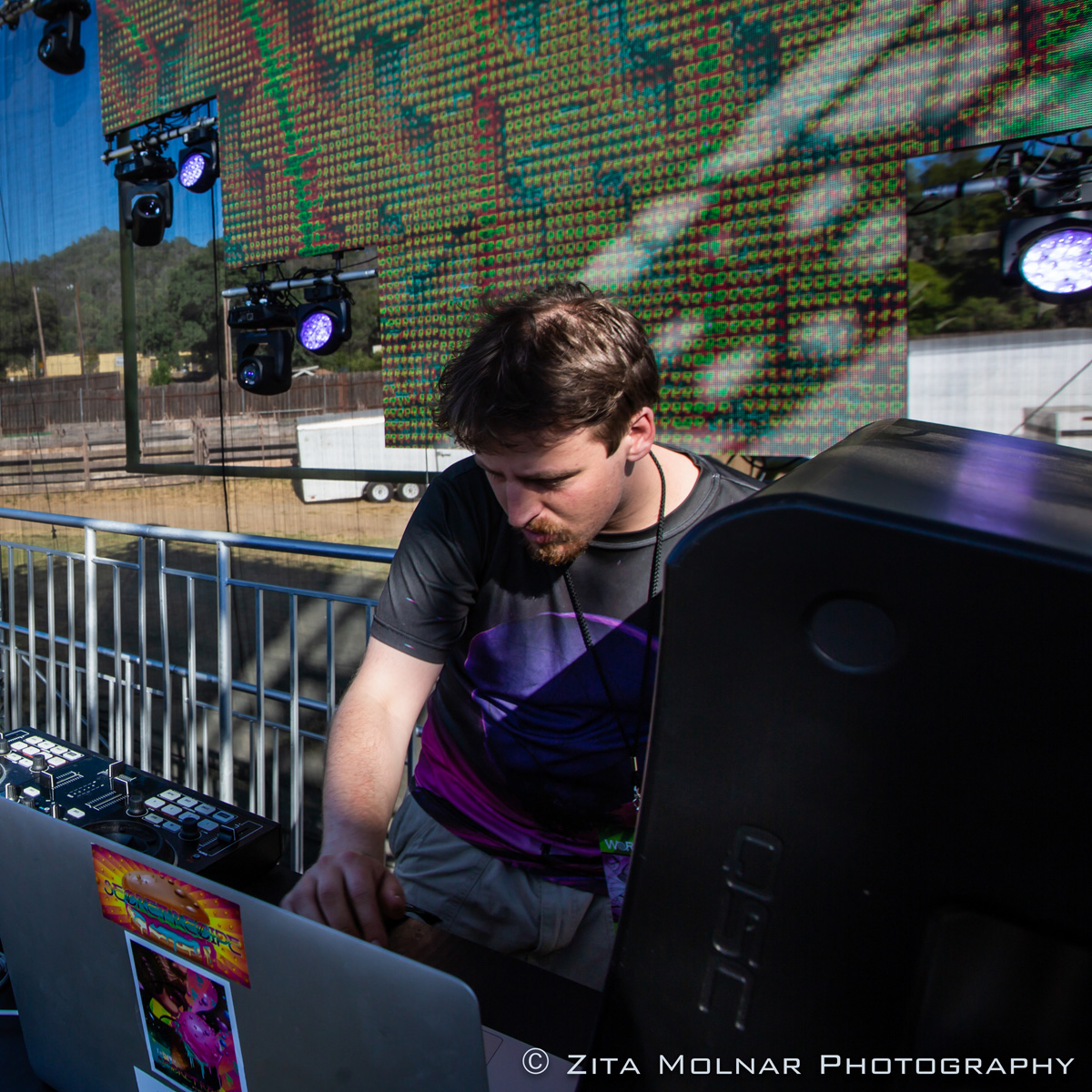 The slog through Spring is always a pain for us, as we have our lineup announced, our partners and production all in place, and we're just sitting and twiddling our thumbs until The Untz Festival finally starts.

That's why The Untz Festival Pre-Parties are as much for us as they are for our fans spread out across the country. Once again, we are bringing our vibe to different parts of the US to let our fans in other states know what we're all about, and also provide a service underserved parts of this great land with some of that weird, wonky shit.

To that end, one of our all-time favorite acts, Secret Recipe, is leading the charge, performing a number of pre-parties, kicking things off next week on March 13th in Eugene, Oregon at Cowfish Dance Club.

He goes on to play March 28th in Richmond, Virginia at Champion Brewing with The Gradient Perspective's be.IN, and then two shows in Montana, May 10th in Missoula at Monk's Bar and May 11 in Bozeman at Filling Station, on his way back to California for the festival. 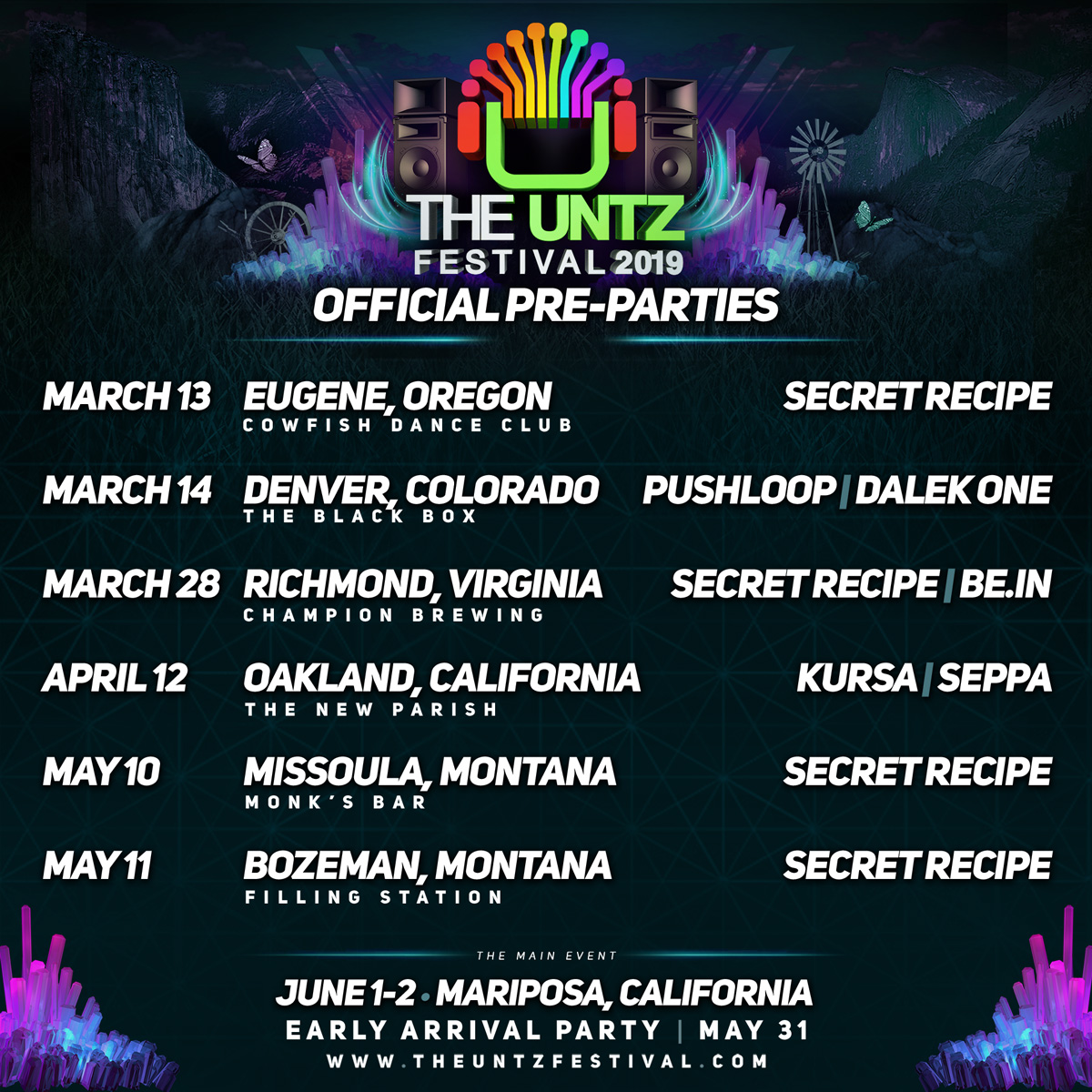 We also have our big Denver pre-party on March 14th at The Black Box featuring Pushloop and Dalek One. That show will also crown a winner of the Battle for The Untz, which will send two champion DJs to the Sub.mission stage at our festival in June.

Finally, the much-anticipated SLUG WIFE Takeover tour kicks off this week, and we get to claim the Bay Area stop as a pre-party. When Kursa, Seppa, and the crew hit The New Parish in Oakland, California on April 12th, we'll be there, ready to get slimy.

If you don't have a pre-party near you, have no fear. You can see all these incredible acts and more, like Boogie T and Mersiv, who kicked off our pre-party series last month in Reno, as well as Space Jesus, Bleep Bloop, Subtronics, Freddy Todd, Of The Trees, Goopsteppa, Shield, tiedye ky, tsimba, VCTRE, Thought Process, and the absolute best of the best in the underground bass scene May 31 through June 2 in Mariposa, California. Get your tickets now at www.theuntzfestival.com.