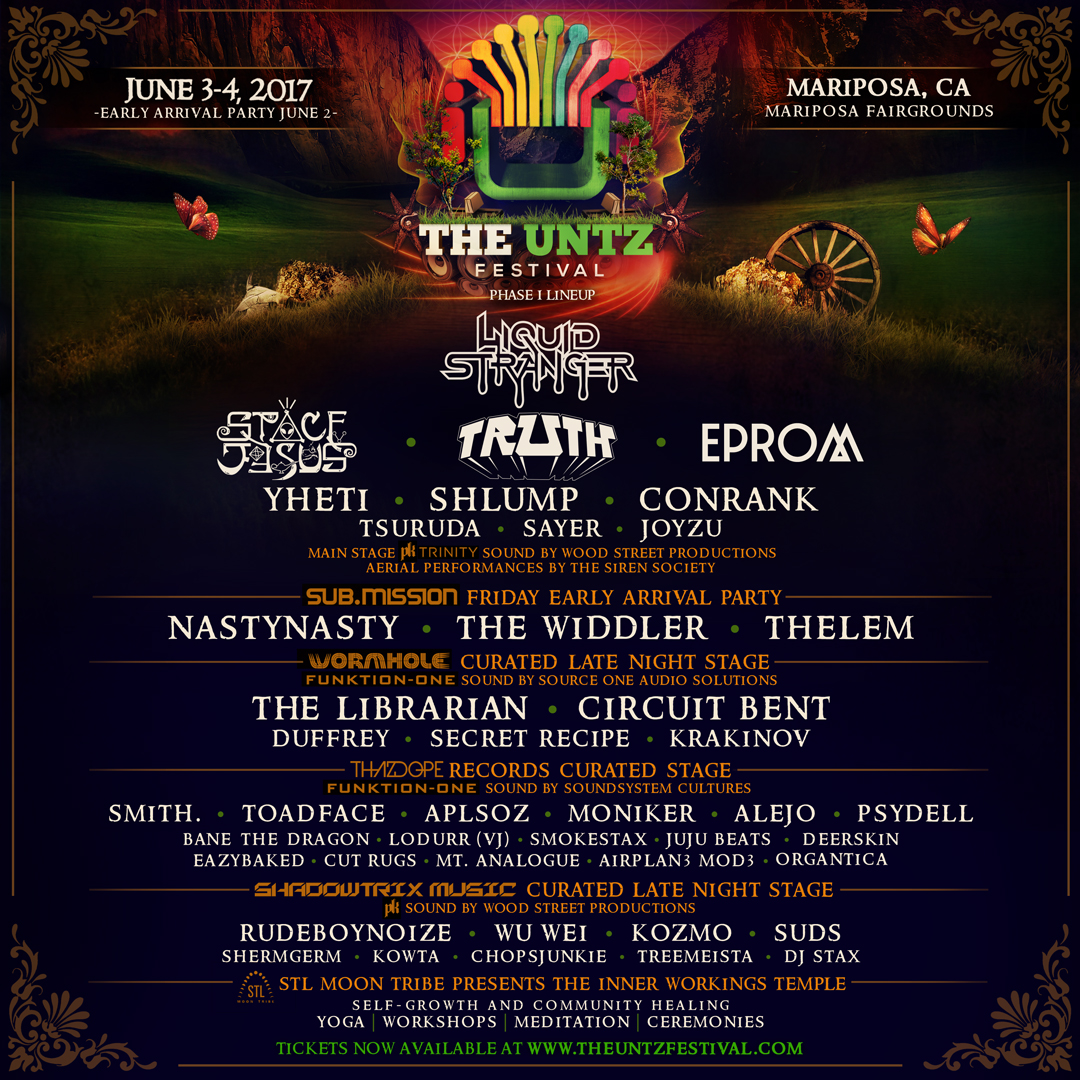 Christian Sudweeks a.k.a. SuDs, a native of Humboldt, takes us on a political bass journey in his new 17-minute long video that accompanies his new EP, F. Society. Inspired by the T.V. series, Mr. Robot, the show is based on the dismantling of a mega corporation.

The video, artfully shot and edited by northern California visual staple DUMPS, is a dystopian wasteland of post-capitalist wreck and ruin, demonstrating the artists' desire and need to come together to enact change. Not only is this production a visual kaleidoscope, SuDs pairs it with the eclectically dripping sounds of bass and 808’s. Fused with excerpts from cable news, the marriage of music and melancholic images holds up a chilling mirror to our current state of affairs.

SuDs, representing ShadowTrix Music, will be playing The Untz Festival, June 2-4, 2017 alongside some of the biggest bass heavy hitters on the west coast. His psychedelic tones will add another level of dimension to our already stellar line-up.