Back on schedule this week, another Thursday means another installment of Natty’s Picks of the Week. Is it odd to refer to myself in third person? No, he doesn’t think so.

In this glorious crunkstep track, Chris B. asks, “What’s your fantasy?” I’m not sure if I can answer it, but rest assured it features Katy Perry, Mrs. Claus, Wilma Flinstone and a waterslide filled with Hawaiian Punch.

In this up-tempo house track, producer Gold Panda lets fly with a flurry of euphoric air pads and skittering drum tracks, building the track to a peak without ever dropping the thudding bass drum most would expect. Kind of like when your douchebag husband/wife fills the dishwasher and doesn’t turn it on! What the hell?!?

As a guitar player in an electronic world, I rarely get to evaluate 6-stringers. It’s usually, “Yeah, he really knows how to play that laptop.” Or, “Woah, that was a sick hammer-on run from the Space Bar up to the Shift key.” But with this three-piece jamtronic band from Columbia, MO, the talent isn’t hidden behind production. Guitarist Andy Launder sounds has the phrasing and precision of a jazz phenom, and the tone and attack of a rock-legend. Couple that with slap-happy bass tones from Brandon Sanborn and intense drum breaks by Devin Kemp, and you’ve got yourself an electro-jam band that doesn’t sound like every other band on the scene. Expect big things from these guys soon.

I was lucky enough to meet Patrick Stratton (aka Stratus) at a late-night gathering following a show in Chicago, and the first thing I noticed is that we were wearing the same hat. The second thing I noticed is that he may be the world’s nicest guy. And the third thing I noticed is that he makes some of the rowdiest, outrageous and infectious bass music known to man. Using ingenious chord progressions sound clarity worthy of an IMAX theater, Stratus jumps this track in a back alley and turns an ordinary bass music sound into something otherworldly. Don’t forget to check out his Facebook page for a free download of his new EP. You won’t regret it.

Four Tet is less a DJ and more a composer. Though the sounds from this house-y track may make you think differently, the artist escapes some of the confines of electronic music, and instead opts to make hypnotic, dense and generally brilliant music that can border on the edge of sound collage. This new track was featured on Pitchfork.com, and was ripped from a BBC broadcast, so you will hear a radio DJ speaking near the end, but not before your hair gets blown back by the pure genius that is Four Tet.

If you’re an artist who’d like to be featured on Natty’s Picks of the Week, shoot me an email at natty@theuntz.com 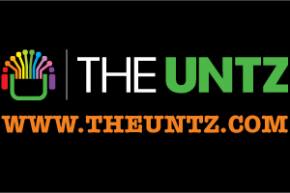 Natty's Picks of the Week - Volume 9 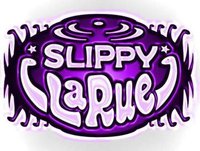