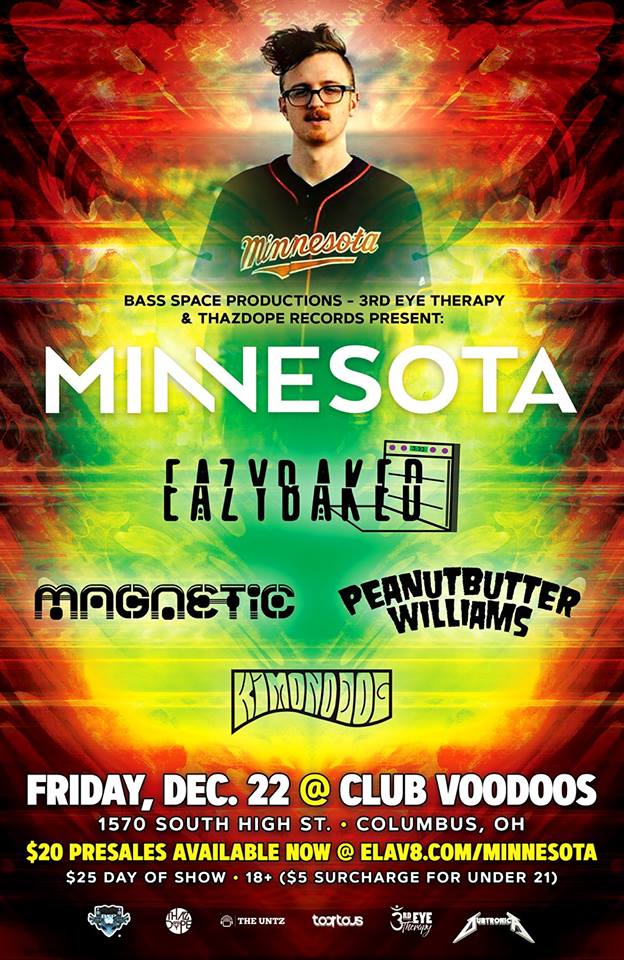 Christian Bauhofer has been a fixture in the bass scene for the past six years. On December 22nd, he'll be joined at Club Voodoos in Columbus, Ohio by a couple new hotshots in the scene. Eric Ray and Andrew Principe made a splash at The Untz Festival this past summer, and next month, these two Floridians will warm up the oven for Minnesota with some Eazybaked action. Also on the bill are Indianapolis' Magnetic, as well as PB Williams, himself, and Kimono Dog.

Already ThirdEye Therapy has hosted The Trifinity: Yheti, Toadface, and Mt. Analogue. Then the Smokey The Beard tour ran through with beardthug and Smokestax. They'll take a week off for Thanksgiving, and then it's back to business with regular Thursday events on November 30 with Alejo, Tangled Branches, Vusive, and Mr. Scissors. Then it's JuJu Beats, Danny Grooves, Indigo Child, CAVE DWLR, and BVD VPPLE on December 7, and Moniker, Magnetic, Orchestrobe, and Peloquin on December 14th.

Eazybaked has teased fans with “Grove” from its forthcoming EP, but this December 22 event will function as the duo's release party. Keep your eyes on the page, because this calendar is filling up. RSVP to the Minnesota show, and make sure you follow ThirdEye Therapy for more midwest bass happenings. 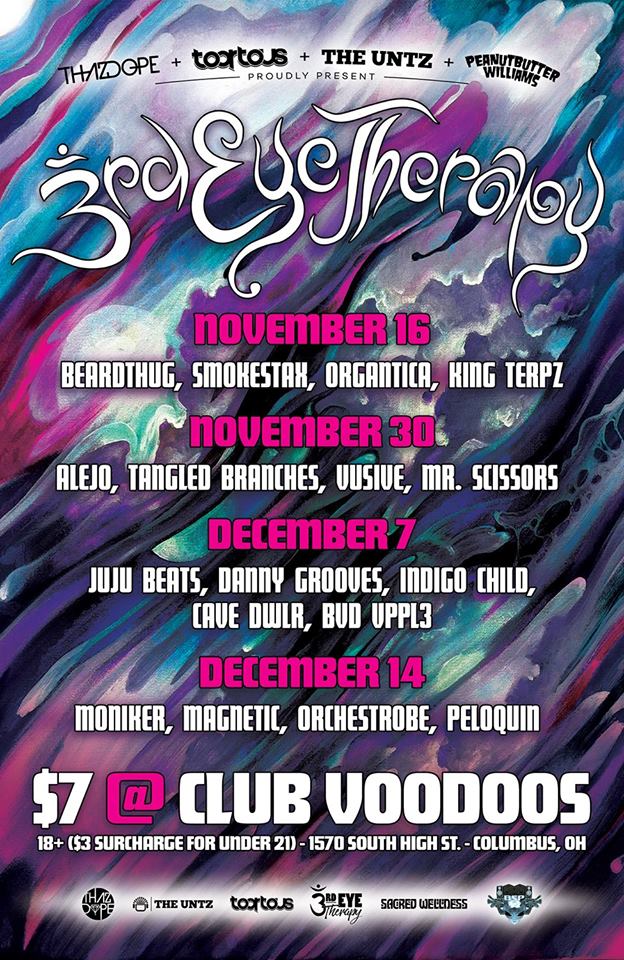