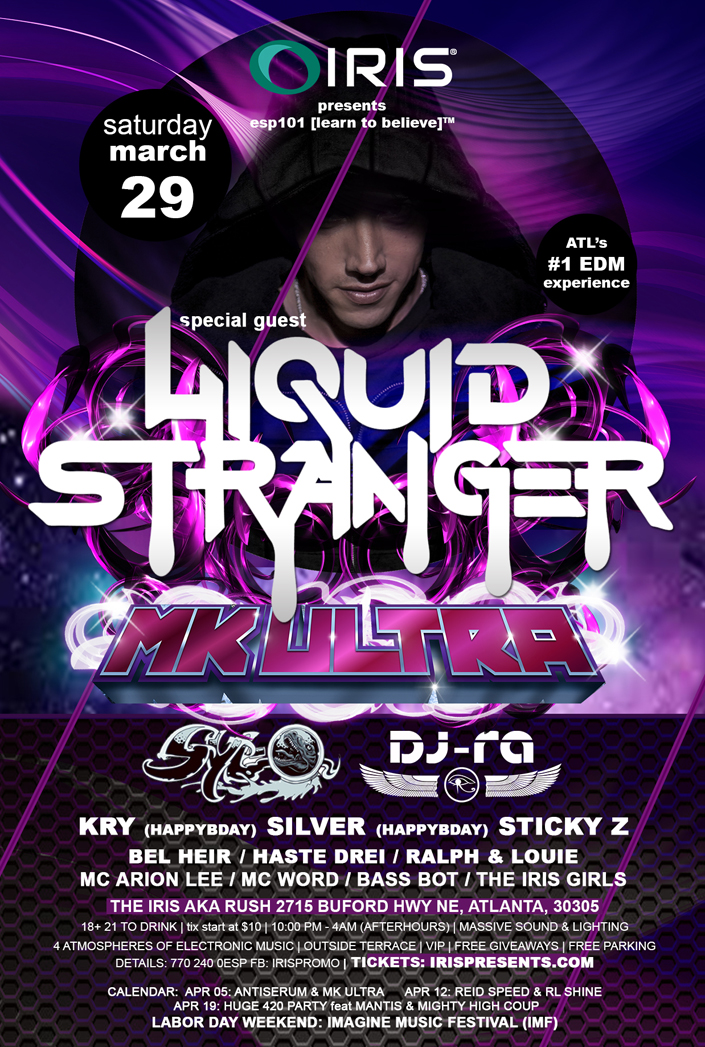 The movers and shakers behind IRIS Presents are on a roll! The EDM event producers have been bringing some of the biggest and best names in dubstep to Atlanta each and every Saturday, and this one is no different. On March 29th, the legendary Liquid Stranger hits The IRIS (a.k.a. RUSH LOUNGE 2715 Buford Hwy) for a night of madness and mayhem.

Martin Stääf has more than a decade under his belt in the world of electronic music, and has risen to the top of the heap with his bold take on dubstep and multi-genre bass music. The producer out of Sweden has traveled the world spinning countless festivals and clubs, and has amassed a rabid following. The cool thing is, he's not afraid to experiment, even pulling out downtempo sets at particularly cool events. He can do it all. 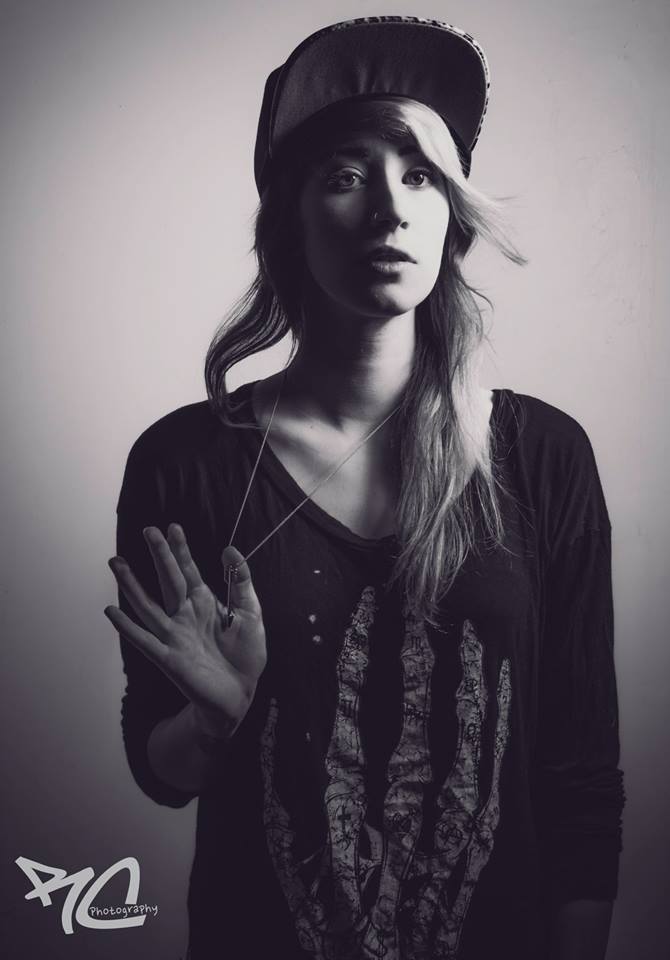 Joining Liquid Stranger on Saturday is Atlanta favorite MK Ultra. Named by Sluggo as one of the Top 10 Hottest Female DJs on the planet, and a perennial favorite in clubs across the country, she's become known for throwing down full, high energy sets that never let up.

You can get an idea of how hard she brings it by checking out the video from one of her last IRIS performances down below. ATL loves its bass, and its no wonder that MK Ultra is championing her brand all over the city. She's one of the best!

She's also got a ton of collaborations in the works, so make sure you stay up-to-date with everything, mmmmkay?

As always, IRIS is bringing in tons of incredible support acts, running the gamut from hip-hop to house covering four different viewing areas. They'll have cryo-cannons, top-notch production, sound, and lights, and of course the world-famous IRIS Girls will be there to get the party started.

Make sure you keep it locked on irispresents.com for tickets and more information. They've got some big events coming up in the next few weeks you're going to want to know about! 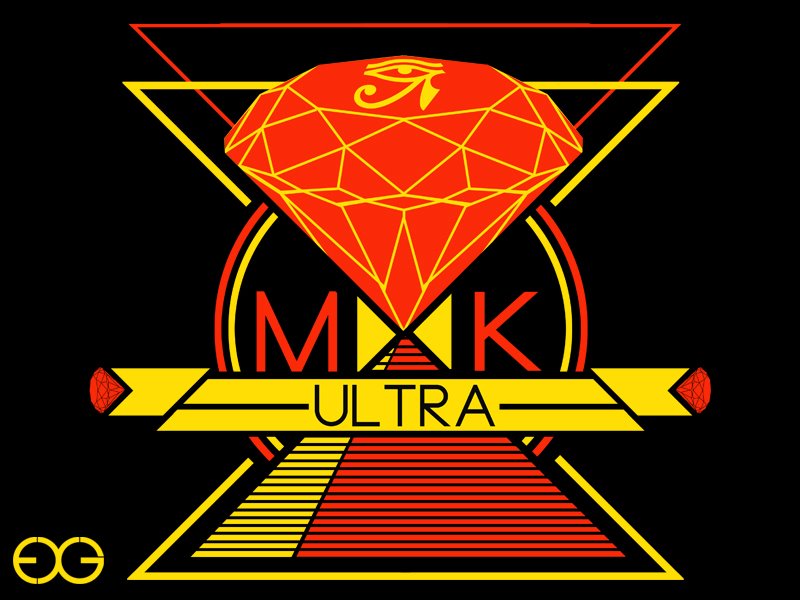