A-TRAK’s notoriety as one of the most famous, admired, and sought-after DJs in the world basically guarantees him a prime spot as an entertainer at any club, concert hall, or music festival. He won the DMC World DJ Championship at age 15, he’s toured and collaborated with Kanye West, he’s had massively popular hit singles (“Barbra Streisand”). In 2007, he started his own record label, Fool’s Gold Records, with fellow entrepreneur Nick Catchdubs. In the past three years, Fool's Gold has produced works by many well-known electro artists including hip-hop diva Kid Sister.  Where A-TRAK (Canadian-born Alain Macklovitch) goes, an excellent party is guaranteed to follow. So, when he played last week at LAVO, a night club on the East Side of Manhattan, I felt certain that seeing him live would not only be a mind-blowing experience, but also an incredible adventure. I was right.

LAVO is a ritzy multi-purpose venue featuring a nightclub downstairs and Italian restaurant upstairs.  Walking through the club’s doors is like walking into a parody of what extravagant nightlife in New York City is all about. The atmosphere screams glamour. Pink chandelier disco balls hang from the ceiling. Everywhere you look there are beautiful people dressed in black-tie formalwear. Lavish VIP tables surround a sunken dance floor. Girls on platforms dance in pink, sequined bikinis with matching top hats. The club smells like smoke from the groups of women dancing around with sparklers planted in bottles of champagne. On one side of the room is a bar where women dressed in lacy, black corsets bounce to the music as they serve $16 mixed drinks. On the other side is a raised DJ booth, from which A-TRAK can examine his party-ready audience.

From above, A-TRAK is like a benevolent puppet master. If he wants you to dance, you’ll dance. It’s obvious he has a superb sense of his music’s influence on people and is able to work the crowd with ease.  He starts slow, playing a sample, reinventing it, reinvigorating it, and adding new meaning to it. People recognize bits of his work and start to dance with more ferocity. Macklovitch plays off this energy and slowly builds his songs, stretching out moments of musical ecstasy. The crowd reacts with heaving bodies and waving arms. Evident in all of this: A-TRAK loves the process. As the music intensifies, you can see him physically react, dancing happily in his booth and delightedly sipping his beer. When Macklovitch decides to let his audience down from their adrenaline pumping high, he delicately transitions into a new song, taking away old layers and carefully adding new beats. The evolution of his narrative is seamless.

When “Barbra Streisand” hits, with its soul-pummeling beats and New York style irony, the club-goers go absolutely wild. It becomes a sort of luxurious, bacchanalian rave. I briefly duck into the bathroom to catch my breath. “What do you think of the DJ?” I ask my fellow women’s room occupants. One girl gives me a look seems to say, "f I have to ask, you're obviously an idiot." “It’s A-TRAK,” she says. “He’s amazing.”

5 reasons we are hyped about Mysteryland USA 2015 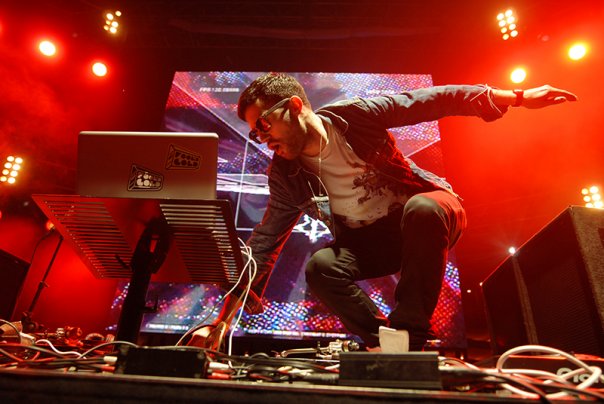