Psychedelic trance band Infected Mushroom and Simon Posford of Shpongle and Hallucinogen joined forces New Year’s Eve at Hammerstein Ballroom for a performance that was absolutely electric—literally and metaphorically.

Infected Mushroom took the stage just before midnight to amp the audience for the New Year. While their studio tracks err more on the electro side, their sound took on an edgy rock-and-roll vibe during their live set.

As the clock struck twelve, singer Amit Duvdevani sang the lyrics to "Becoming Insane", the song that generated buzz for the Israeli trance band back in 2007. It’s their most popular song, but rather than feeling too commercial, the timeless track was a perfect way to ring in 2011.

“I Wish” was another audience favorite; there was something poignant about its delivery. It reflected what makes the band such a great one to watch—they’re all highly talented and genuinely passionate about their work.

Infected Mushroom performed “Heavyweight” as the encore, quite possibly their best song to date, with mind blowing guitar riffs and emotionally profound key arrangements. Though it’s typically a song without vocals, Duvdev joined the mix as the band transitioned back into the chorus of “I Wish.”

Then a large, tower-like contraption (pictured above) took the stage. Posford peeked out from its window. He was barely noticeable, surrounded by visuals that flashed across the multitude of screens.

Posford played both Hallucingen and Shpongle songs into the early morning. It all started to blend together into hours of trance, supplemented by everything from kaleidoscopic, psychedelic images to sped-up footage of long, winding roads.

I expected a lot from this concert, and the two acts lived up to those expectations. Infected Mushroom and Posford are a match made in electro heaven. Lets hope they team up again in the future. 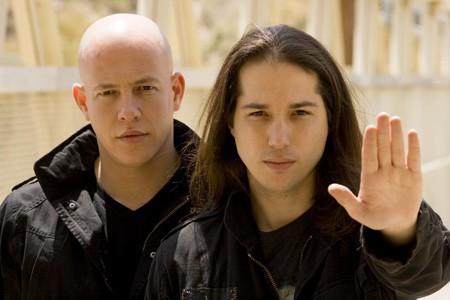 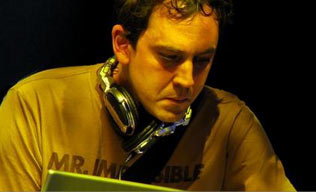